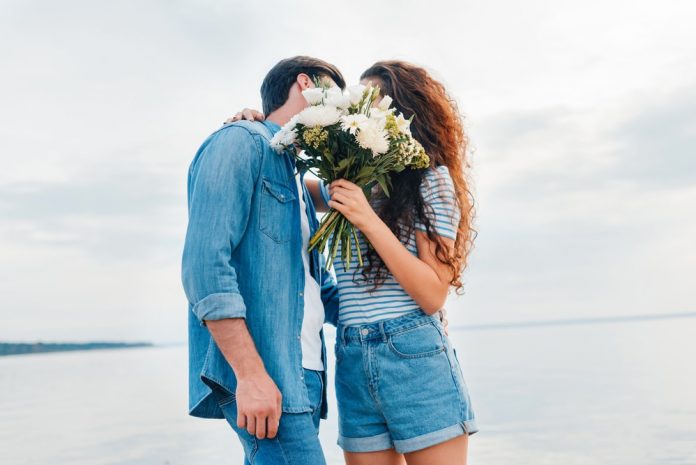 So you’re dating a new guy and you really like him. The next question always becomes: how many dates before you make it into a relationship?

A lot of people think that question is outdated in our modern hookup culture. In the age of Tinder, we’re told we need to “slow down”, “just have fun” and “don’t put a label on it”.

If you’re reading this, I already know that you want a relationship. Sure, casual dating can be fun. But once you fall for somebody you don’t want to be “casual” anymore.

A lot of women know they like a man within the first couple times of meeting him. Yet they keep dating him and maybe sleeping with him without any expectation of commitment.

Let me tell you: if you want to go from dating to relationship, this is a mistake.

So the question remains: at what point should you talk about an exclusive relationship?

From Dating To Relationship: Your Timeline

Throw out all the “rules” about when to make it official. It’s not 5 dates, or 1-3 months, or after you meet his family.

You need to shift your thinking away from what you’re supposed to do based on some arbitrary standard.

Instead, think in terms of what you want out of this situation.

If you’re ready for a relationship with him, then you can think about becoming official. Period.

I know a couple that became official by their second date. They both knew they liked each other and weren’t interested in seeing other people. Today they are happily married and raising a family.

The whole point in dating is to see if you like the person enough to continue spending time together. And from there, see if you want a relationship.

So once you’ve decided that he is relationship material, it’s time to act accordingly.

There are some typical stages you will go through as you progress from dating to relationship. Even if you move quickly, these stages always take place.

First, you two feel an initial spark of attraction. In instances where you end up in a relationship, that attraction tends to go beyond looks. There’s something about their demeanor and the way they come across that you find attractive on a deeper level. Maybe you can’t describe exactly what it is, but it’s there.

Next, you get to know more about them. You get the details of their life: what they do for work, what their hobbies are, what people are most important to them. This is done through simple conversation and spending time together. If their personal story fits with what you’re looking for, the you are probably already in the third stage.

The third stage is that you both feel a strong attraction to each other, and want to spend as much time as you can together. You want his company and you’re not particularly interested in dating anybody else.

At this point it is fair to say you want a relationship. Note that I said relationship instead of just being exclusive.

Relationship Vs. Being Exclusive

Being exclusive with a guy is fine, but it’s not necessarily a stage before a relationship.

You might want to talk about being exclusive if you are sleeping together and you have practical concerns about health risks. But if your goal is to be in a “boyfriend-girlfriend” situation, I say you skip the exclusive talk altogether and go straight for a relationship.

If you are already sleeping together and you tell him you want exclusivity (without mentioning a relationship) then he might interpret that as a sign that he doesn’t need to bother committing to you. He can still enjoy the physical part while still keeping his options open.

And if you’re not already sleeping together but you want the two of you to date each other exclusively, why not call that what it is: a relationship.

Remember: it doesn’t have to be a serious, I-hear-wedding-bells relationship just yet. You don’t need to be deeply in love to begin a new relationship.

I have seen way too many women fall into that dating-but-no-relationship zone with a guy without ever moving beyond it. It’s a no-man’s land that only leads to confusion and hurt.

Do yourself a favor and get clear on what you want. If that’s a relationship, then go for that. Don’t waste your time with anything else. You’ll be better off avoiding the men who don’t want to commit.

This brings us back to our original question: How many dates until you become his girlfriend?

When To Make It Official

If you’ve read this far then you can probably guess the answer. Make it official once you are ready.

With that said, you should give it a little bit of minimum time before you actually have the talk with him. It’s not realistic to expect him to want to become official by the end of your first date.

After first meeting you he will know if he feels attracted to you. And after spending a little more time with you he will have a better idea whether you as a person are what he’s looking for in a partner. But that should only take a small number of dates as long as your dates include a lot of talking and getting to know each other.

If he hasn’t at least hinted at wanting a relationship by this point, it’s up to you to make your expectations known.

Tell him that what you’re looking for is a relationship. Don’t feel weird or apologetic saying it. Just state it as a matter of fact.

If he isn’t on board with that yet, it’s up to you whether you want to continue seeing him. Maybe he just needs a little more time getting to know you. In that case, give him a little more time, but don’t let him enjoy all the “benefits” of a relationship without actually being in one.

If he keeps dragging his feet because he’s “not sure what he wants”, move on. I promise you’re better off without him. And you never know – he might chase after you because he wants a relationship after all.

The love of your life won’t need months of casual dating in order to decide he wants a relationship with you. If the man you’re interested in is being hot-and-cold and can’t decide what he wants, you’re probably better off without him. Even if you like him a lot.

Moving on from Mr. Uncommitted will open the door for the right man to enter your life. There are tons of amazing men who want a committed relationship. Let one of them have the privilege of being your man. 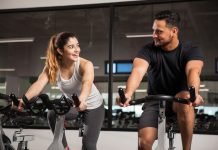 How To Make Him Chase You (Without Ignoring Him)